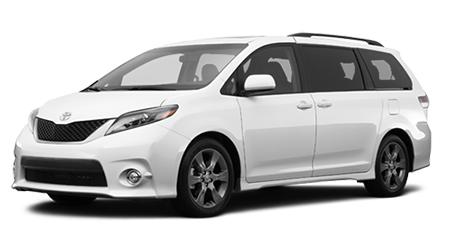 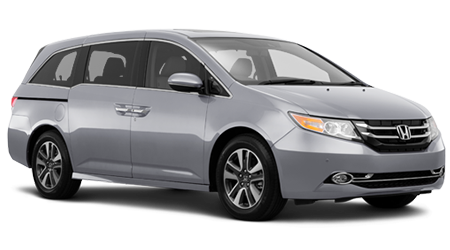 The 2015 Toyota Sienna aims to be a minivan you will enjoy driving, not just appreciate for its practicality. Take one for a spin at Toyota of Southern Maryland and see for yourself how nicely it ride while still handling the curves. We’re right here in Lexington Park, MD and easy to get to from Prince Frederick and Mechanicsville.

The 2015 Honda Odyssey is also a good looking, sweet handling van, but it lacks in other areas when going up against the Toyota Sienna.

The base motor in both the Sienna and the Odyssey is a 3.5-liter V6, and both come standard with a 6-speed automatic transmission and front wheel drive. Toyota’s 3.5-liter makes 266hp, 18 more horsepower than the Honda motor, and every bit helps when loaded with kids and luggage. With its slightly lower weight more powerful motor, the Sienna beats the Odyssey to 60 mph by half a second, while getting similar EPA mileage scores.

Both of these vans are similarly sized outside, and inside they both provide plenty of room. Officially the Sienna has a little less room for passengers, but a cargo area behind the 3rd seat that is slightly bigger. Sienna makes the most of the interior space too, with wider seats in both the 2nd and 3rd rows, so larger kids and even adults can sit 3 across.

The Toyota Sienna has a base MSRP that is lower than the Honda Odyssey, but it has more of the standard features you’d want as well. Every Sienna comes equipped with:

You’ll find that even the affordable base model of the 2015 Sienna comes packed with premium features, and of course loaded with Toyota quality. Bring the kids down to Toyota of Southern Maryland in Lexington Park, MD and take them all for a test drive.